Of Cults and Crazies and the People of Walgreens 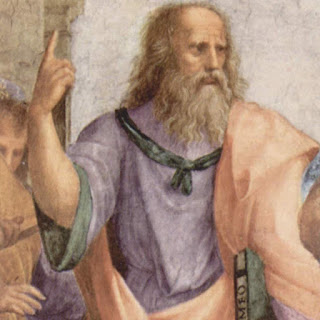 I went on my bicycle yesterday to run a few errands. Went down to the old shopping center down the street from where I used to live, which despite being somewhat of a more affluent area, has a much more noticeable transient population, with panhandlers at all the major intersections. Remember those People of Walgreen's posts, like the old Mexican bandito who after asking me for the time in slurred broken English, ended up urinating on the sidewalk in front of the main entrance after I went in. Well that's the same shopping center.

Anyway, I pull into this shopping center, which I've only been to about three times in the past five years, after being a regular there for most of the years I've lived in this city. It's a little public square with outdoor seating for the variety of restaurants which share its space. I lock my bike up at the only bike rack in the shopping center, which is right outside a bagel shop.

There are several people sitting around chatting, but one man sitting alone caught my attention, because he had a long gray Moses beard, dressed somewhat shabbily, and looked to be in his sixties and homeless, but also sending off somewhat of a Plato philosopher vibe. That's what I thought when I saw him, I thought of Plato. Though be careful with that, as appearances are not always what they seem, a long beard and few possessions is no accurate indication of wisdom, but usually is just some dude that is too lazy to shave, or who maybe enjoys the quasi guru vibe, leveraging that to his advantage against less discerning minds who equate beards with wisdom.

Anyway, I lock up my bike and do my shopping without event, but it's when I return to my bike, packing up, getting ready to go, is when he makes contact.

He then says, "You from out East?" Apparently detecting the accent in my voice simply from me telling him the time.

"I'm from Wisconsin" I say, like an idiot, realizing I already gave out too much information.

And this is where it gets weird.

He then proceeds to say, "You've got to be careful around here, out in New Mexico and here in Arizona, pretty much the entire western United States, they've got a lot of cults out here. Do you know what a cult is?"

I reply, "Of course I do. You mean like Charles Manson?"

He says, "No, not not like Charles Manson or Jim Jones. I mean Christian cults. The end times. I used to belong to a cult, wasted my life in it. Now look at me. Now, I am a Christian. I believe in the Bible. It's the oldest book in the world, but these cults manipulate the teachings and exploit the gullibility of their members for their own personal gain."

Okay, I'm thinking to myself, this is kind of interesting, but why is this guy talking to a complete stranger about this? Why does he feel compelled to approach a complete stranger who is getting ready to leave, to warn them about a major cult presence in the Southwest, as if I would ever join a Christian cult, or any cult for that matter, someone who isn't a Christian, isn't even religious, and isn't even much of a joiner, but more of a lone wolf, independent to the core.

Does this guy think I'm a sucker? An easy mark? Do I look like a tourist? I've been here for almost twenty years. At this point I'm realizing that I've got to get out of here, actually I have a legitimate reason to make a quick exit, as I have a quart of ice creme in my pack, and it's eighty degrees outside.

So, I quickly hop on my bike, thank the man for his warning, wish him the best of luck, and get the hell out of there.
Travelogue