I recently read a couple hundred pages of the Criminal History of Mankind by Colin Wilson, but have since grown weary of it, and have retired it to the may continue reading someday shelf.

Basically that book is about the psychology of criminality, but I would like to mention one thing of interest which the author briefly discusses as a sort of minor digression from that subject, pertaining to the topic of cosmic influences affecting or altering the brain chemistry and consciousness of life on earth. The author speculates that such cosmic influences may have historically been responsible for triggering sudden evolutionary leaps in consciousness, coinciding with golden ages of human creativity, and widespread cultural advances happening all over the world at the same time, seemingly in isolation from one another, in the areas of religion, philosophy, science, and the arts.

One of the most profound cosmic influences in particular, were those triggering major changes in the earth's magnetic field, for instance in that phenomenon known as a magnetic pole reversal. The fact is that pole reversals do happen, have happened, and will happen again. Every few thousand years, the magnetic poles of the earth switch places. The north pole becomes the south pole, and the south pole the north pole. It will be accompanied by extreme earth changes, earthquakes, volcanic eruptions, tsunamis, extreme changes in the weather, hotter summers, colder winters, excessive rains and floods, droughts and famines, and basically the whole entire planet will undergo a complete geographic and climatic face lift. It doesn't happen over night though, it's a gradual process, that gradually increases in speed and builds in momentum over time. And things will probably become extremely chaotic and unpredictable before these new arrangements and patterns settle into a more stable equilibrium.

But the one thing I found very interesting about this whole thing, is that it is said that during the times leading up to the pole reversal, the earth will experience an extreme elevation in temperature. It will be extremely hot, and extremely wet. Record heat waves, and record amounts of rain are the precursors of a pole shift. Is this what we are experiencing now? I have no idea. But they say this was the hottest summer ever on record. So who knows? Something is definitely up, I can tell you that much, and no I'm not referring to the sky, but I think there are big changes on the horizon. And I don't mean end of the world stuff, but you've seen for yourself how the government responded to Katrina. Well imagine if a disaster of that magnitude struck every city, or most major cities having high population densities, all at once. Can you imagine what would happen? I don't know where in the world a safe place would be, probably very few such places exist, but I don't feel secure that I am presently living in one of them. So if you are in the know, and are privy to such information, as to the whereabouts of the new world's Noah's Ark, let me know about okay, as I feel I would be an asset to the future.

Another interesting assertion worth exploring, is what exactly is meant by cosmic influences? What are they specifically, and how do they affect us? Well, the earth is a giant magnet, and all the lifeforms on this planet, including human beings, are of a magnetic nature; we each generate a magnetic field and are influenced by other magnetic fields. And all the celestial bodies, our sun (including all the sun spot, solar flare activity), the moon, the planets, and all the stars are magnetic. The larger the body the larger the magnetic field, and all these magnetic fields influence our planet, and also influence each and every one of us, subtly, but assuredly. As I mentioned recently in an earlier post, not only is our planet spinning on its axis while orbiting around the sun, we are also orbiting with the sun along with the rest of our solar system, around the center of the milky way galaxy.

Every 2000 years or so, we pass through a different constellation of the zodiac. It takes about 24,000 years or so to pass through all 12 signs, also known as the precession of the equinoxes. We are presently in the sign of Pisces, which you could say began around the time of Jesus (Pisces the fish, Jesus fish; See: Zeitgeist the Movie Part 1 for reference) and entering the sign of Aquarius. You've heard of the age of Aquarius, right? This is not just some new age speculation, but is based on an astronomical fact. It corresponds to the actual fact that our planet is literally moving through the galaxy and will physically be passing through the star constellation of Aquarius. And you could conjecture that being in different regions of the milky way galaxy, may affect the magnetic field of the earth in different ways. They say that at the center of the milky way galaxy there is a massive black hole. Some people say that at or around December 21, 2012 we will be dangerously close to that black hole, which may among other things trigger a pole reversal. And that not only will such an event trigger widespread earth changes, it will also trigger widespread changes in our brain chemistry and consciousness.

Whether or not this is really going to happen any time soon, on or near December 21, 2012, I really couldn't tell you. But the fact is that the phenomenon of pole reversals is not an idle speculation, is not new age end times paranoia, it is an established scientific fact. What is speculation though, is exactly when the next one will occur, exactly what will happen, and whether or not it will in fact usher in an expansion of consciousness, and a new age of Aquarius, as it pertains to our planet literally entering the constellation of Aquarius. 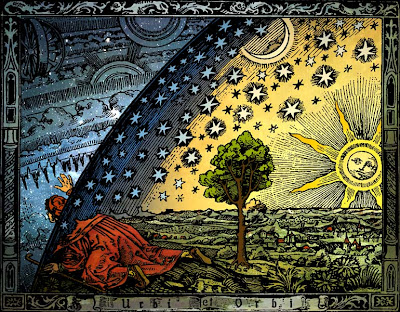